Falling Asleep or Waking Up

Falling Asleep or Waking Up:  Which Am I More Afraid of?


Recently in a group meditation, I found myself giggling irresistibly – hardly appropriate behaviour some might say.  In the background, we were playing a CD entitled “Holy Harmony,” an especially soft, gentle, lullingly repetitive, vocal ensemble.  For some reason, I was reminded of a skit from the Canadian SCTV comedy show popular in the 1980s. In it, one of the comedians, Eugene Levy, does a take-off of the generation of American singers called “crooners,” Bing Crosby, Dean Martin, Perry Como, among others.  When I was growing up they were still household names.  Perry Como was probably the most mellow of the lot.  He took crooning to a whole new level of slow, smooth, and quiet.


In the skit, Eugene Levy wears a silk dressing-gown with a natty cravat and carefully-styled hair.  He is reclining on a bed facing the audience.  As his musical accompaniment plays, he attempts to produce some vocals, but the effort is almost too much. He is scarcely able to lift his head off the pillow.  Occasionally, however, he rallies and utters a few barely audible notes.....  You get the picture.....  The height of mellow. 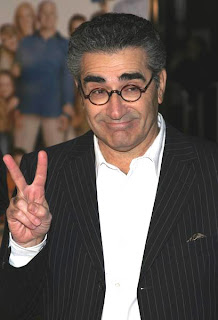 As my giggles subsided, I wondered what it was that actually seemed so funny.  Somewhere in the laughter, I realized there was an aversion: an aversion to inertia, to not doing, to giving up, to falling asleep.


In spiritual terms, “falling asleep” means forgetting the truth of who we are, that is, our oneness.  “Falling asleep” is believing the misperception that we are separate entities.  On this occasion, however, my aversion to falling asleep felt more like an aversion to not being separate, to loosing one's identity.  So which is it?  Do I want to be separate or one? Am I more afraid of waking up than falling asleep......?  At least I can try to be honest.  Maybe that's a beginning.

Email us your comments

We welcome all feedback and encourage you to email your comments to the Light Tree.